What are the fundamental lessons regarding the relationship between party and class to be learned from the Russian Revolution? Is “All Power to the Soviets” a real alternative to the rule of political parties? 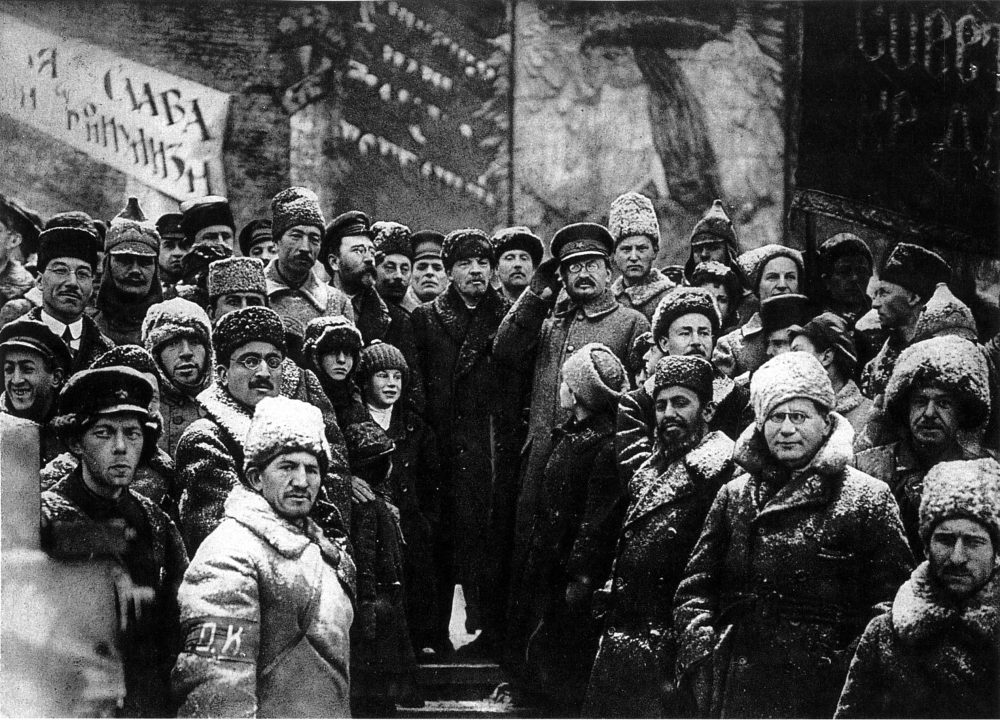 In one of their recent correspondences, the ICC asked me to explained what in my views were the fundamental lessons to be learned about the relationship between party and class from the October Revolution. This is an extremely complex topic of course, not one that can simply be answered without a total historical dissection of the revolution and its outcomes. One could accuse this of just another old debate about “old dead russian men” that is not relevant, but if you ask the average person on the street in the USA if they have questions about communism usually “old dead russian men” like Lenin and Stalin come up. The October revolution also is not ancient history; it was almost 100 years ago when the Red Guards seized the Winter Palace and the Revolutionary Military Committee announced the overthrow of Kerensky’s government, putting in motion a chain reaction of events that are essentially the reason “communism” is even a household name.

Of course, there are many lessons to learn from the successes and failures of the Russian Revolution, and one of course can’t explain the failure of the revolution to produce communism with a single simple reason. The questions of geo-politics, productive forces, the peasantry, gender, national oppression and alienation all have roles to play. Why the Bolshevik seizure of power led to Stalinism is a question that must be answered with a variety of factors in mind. So to say that the failure of the Russian Revolution in the long term was due to a mistaken conception of the party in relation to the class is historically lazy. The Bolshevik’s conception of the party was not the same as it was after “War Communism” as it was before. I would argue that essentially the Bolsheviks had a correct interpretation of the party (a mass party of the working class and its allies committed to revolution). However the experience of it becoming a party for mobilizing peasants in the Russian Civil War and losing urban working class support in the course of the war created the notion of a militarized “vanguard party” where the Comintern was the “general staff” of the world revolution. What is understood to be Bolshevik forms of organization are moreso Comintern forms of organizations.

So what exactly are the lessons to learn then? “Substitutionism”, where a minority party rules in the name of the working class, was not the ideology of the Bolsheviks who came to power through mass support, not a coup. They also came to power in a whole alliance of the revolutionary left, which included the Left wing of the Social-Revolutionsts and various anarchists and dissident Mensheviks. It was not the Bolsheviks who came into power in October but the Revolutionary Military Committee. The Bolshevik’s aim was for an alliance of socialist parties to rule cooperatively  through the system of soviets. However after the concessions of Brest-Litovsk, which some Bolsheviks themselves opposed, the Left Social-Revolutionaries  began a terrorism campaign against the Bolsheviks, leaving them the only party to rule in the Soviets. (See Alexander Rabinowtich’s Bolsheviks Come to Power and Bolsheviks In Power for a historically in-depth look at these events). Rather than the dangers of “subsitutionism” being the lessons of October, I would argue the following lessons make more sense:

1. The dictatorship of the proletariat essentially takes the form of the Communist Party(ies) ruling through a commune-state.

This is a tough pill to swallow for some, who would counterpose “all power to the soviets” to this vision. However, this is based on a misunderstanding of the soviets and the reason “all power to the soviets” was a Bolshevik slogan. The Soviets of 1917 were formed by right wing Mensheviks who supported the war. Before the Soviets could be revolutionary, revolutionary parties had to win them over. The Bolsheviks would never have argued “all power to the soviets” if the Soviets were dominated by right-wing parties; it was when the majority in the Soviets supported the overthrow of the Provisional Government that the Bolsheviks used this slogan. And correctly so. Soviet rule is still a form of party rule, just mediated through radical political democracy. Workers in the organs of the new workers state will belong to political parties and factions of them, and policy will come from these various parties. The only alternative would be to ban political parties altogether, which would just mean that people would be voting for personalities rather than programmes.

The idea of Soviets ruling with a small vanguard party merely “advising” the correct path is a way to let the right-wing labor bureaucracy, which is hegemonic, take power and then restore capitalism. “All Power to the Soviets” does not answer the question of power, because ultimately a political party with a programme and mass support is needed to keep revolutionary councils or communes from becoming tools of reactionaries and reformists. The aim of a party is not to act as the holy carriers of wisdom to guide the class, but to represent the class and politically train the class to run society.

By Commune-state, I mean simply a workers republic that has the basic radical democratic features of the Paris Commune: representation through directly elected delegation, short term limits, immediate recall of reps, merging of executive and legislative branches, and general free political association. The early Soviet Republic established in October aimed to carry on many of these political principles.

2. A party must have mass support from the politically active working class to take power; otherwise revolution is not possible.

This is related to the question of soviet rule as counter-posed to party rule mentioned above. Mass support and legitimacy do matter, and communist revolutionaries need to build up institutions with legitimacy as a real alternative for rule. This means that the party must rule with some form of democratic mandate, not as a coup imposed upon the people. The Bolsheviks were able to do this with their years of building support from workers in factories and other industries, as well as their role in fighting against the despotism of czarism. Therefore when crisis did create a power vacuum, they were able to win enough support from the working class to overthrow the provisional government and form a workers state. If the party regime doesn’t have enough mass support to legitimately rule it will have to make assaults on democracy to stay in power, as demonstrated by the Bolsheviks in their retreat from soviet democracy.

3. A political regime is only as democratic as the ruling party or parties.

The loss of democracy within the Bolshevik party, with the ban on factions, was ultimately the end of the Russian Revolution that sealed the rise of Stalinism. This means mass membership based political parties where there is open debate amongst the membership and decision-making distributed to the membership. This is a general rule for political regimes of all types, but since the working class needs democracy like oxygen it must control its own parties and keep them accountable to the class at large.

In the United States, full suffrage means little when one’s choices are limited to political parties that are just fundraising machines for different factions of capital to win campaigns to stay in power. Rather than ruling parties that operate like this, we need parties where the membership develops and hold representatives accountable to a real program.

This means free discussion and debate in the revolutionary press as well. The Bolshevik Party in its heroic period (before the Russian Civil War)  was as radically democratic as possible, especially considering the repressive conditions it worked under. To quote veteran Bolshevik Vladimir Nevsky, it was a party where “Free discussion, a lively exchange of opinions, consideration not only of local, but also of all-Russian issues, an unusually lively interest in current issues, an absolutely universal participation in discussing and deciding these issues, the absence of any bureaucratic attitude to getting things done – in a word, the active participation of emphatically all members in the affairs of the organisation – were the distinctive features of our cells and committees.” We need a party which embodies this same spirit of democracy, both outside and in power.

4. The party doesn’t die, it betrays

The Bolshevik party over the course of 10 years had become an oppressor of the working class rather their champions. By the 1940s none of the old Bolsheviks except Stalin and select few of his cronies remained. The SPD, which was also at one point a heroic revolutionary party, would transform into a party that sought to manage capitalism rather than overthrow it. The party and class are different from each other, and the class-party can become a “party of order” due to its own internal dynamics.

The problem is that mass political parties require bureaucracy, or paid officials with decision-making authority. Eventually the scale of organization and activity require bureaucrats, yet these bureaucrats are essentially petty-bourgeois because of their position of control over information and authority in the party. Therefore this petty-bourgeois bureaucratic strata must be kept under the democratic rule of the working class, as they will develop class interested opposed to the rest of party and lead toward a growing conservative and opportunism. This growing conservatism due to antagonistic class interests within organizations is the cause of “betrayal.” So therefore the proletariat must not only struggle against the bosses, but also the bureaucracy in their own organizations.